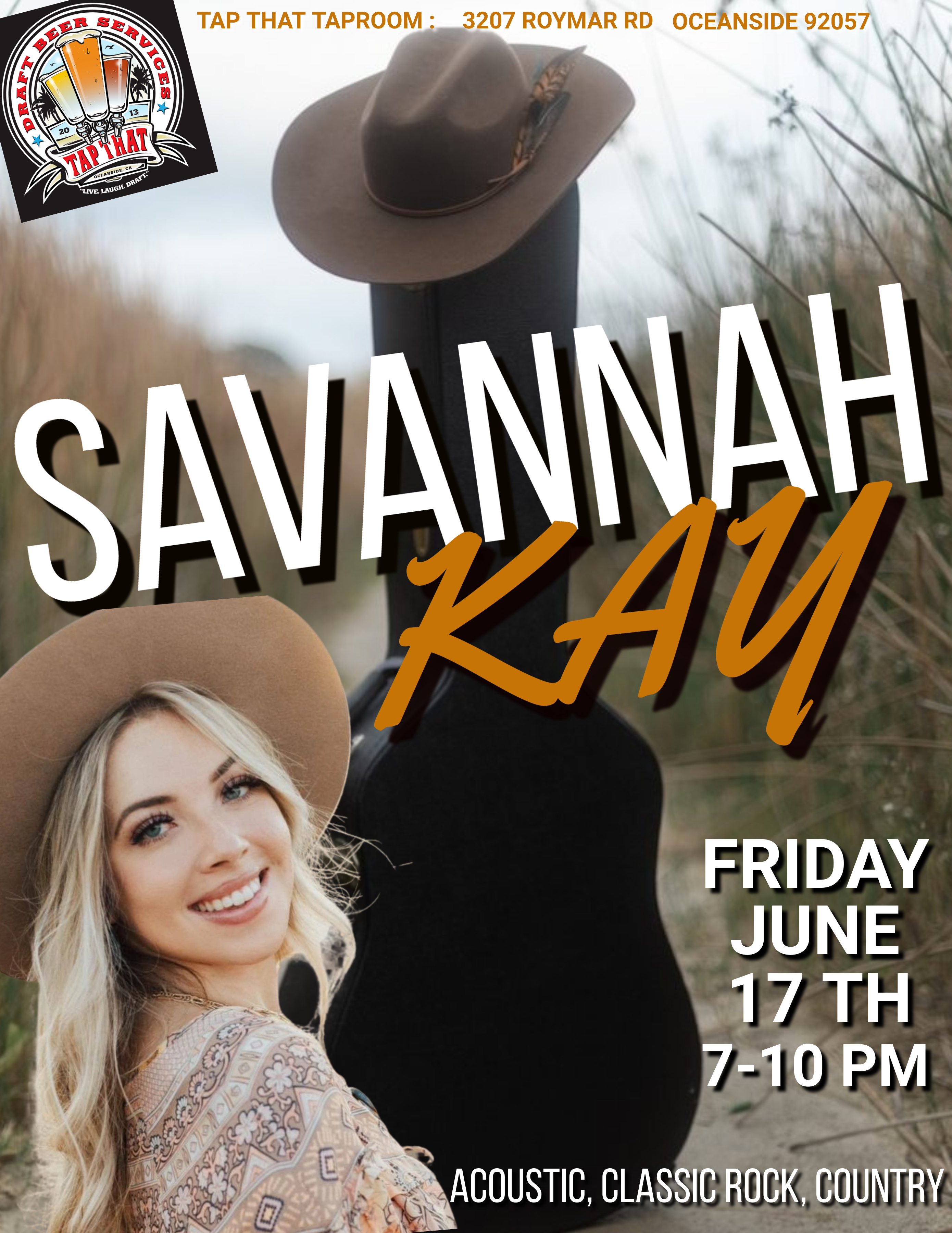 Join us in the Taproom as we welcome in Savannah Kay for her second time to the Tap That Tiny Stage!

Savannah Kay is a singer-songwriter born and raised in Oceanside, California. She’s been singing for her entire life and started before she could even speak! Over the years she has performed with show choirs and chamber choirs, took music lessons and has performed national anthems at local events.

On July 4, 2020, Savannah released “Honey Whiskey”, her debut single on Apple Music, Spotify, Amazon Music, and etc., and has over 1k streams on Spotify. “Honey Whiskey” has been featured on Spotify Playlist Young Music City’s weekly Nashville Indie A+R Newsletter on the week of July 20, 2020.

On December 12, 2020, Savannah released her second single, “Melody of the Moment.”

Get Directions to Tap That

Photos from the Tap Room