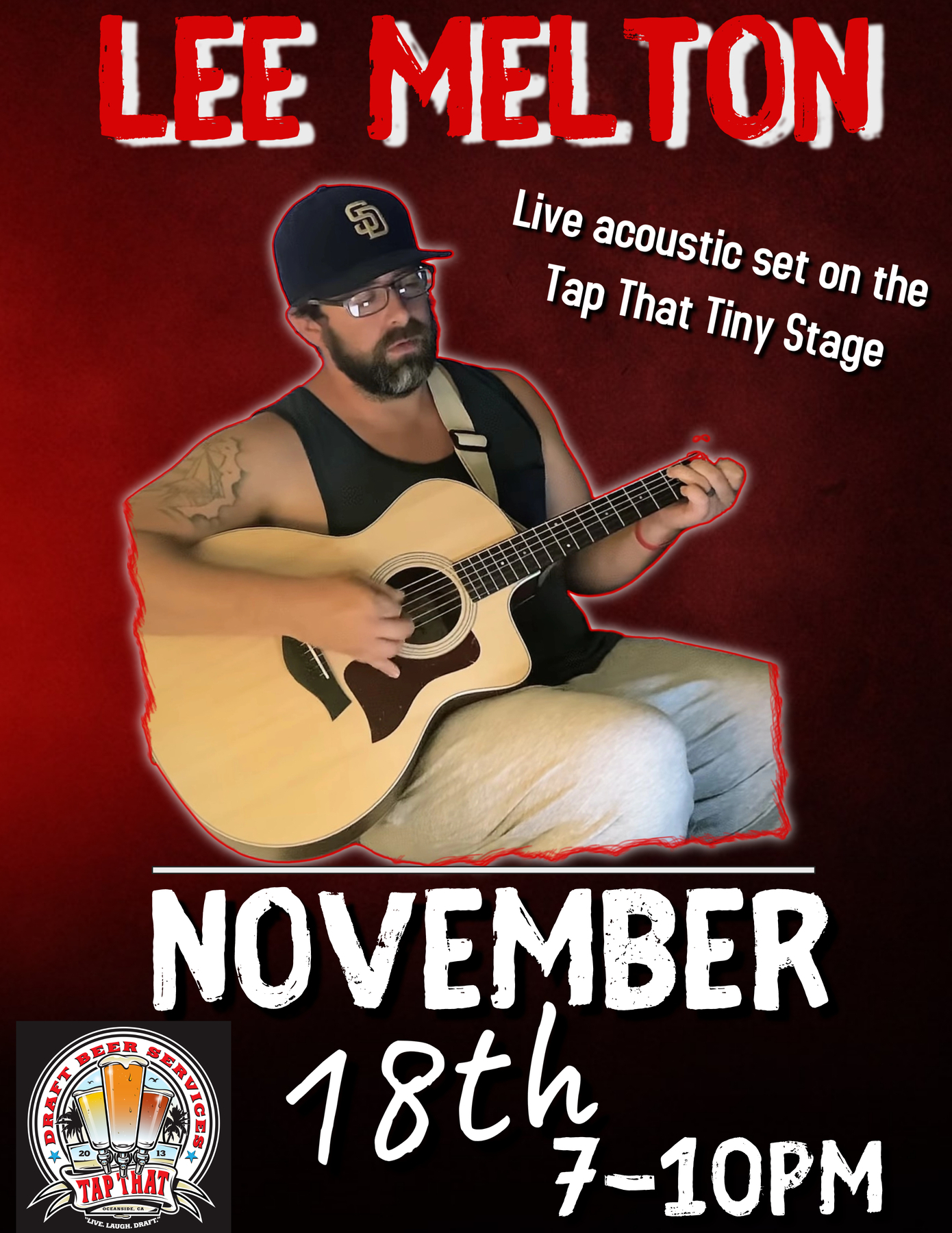 Lee Melton is a local musician living in Carlsbad.

He started playing gigs in 2010 for Jimmy Buffet’s Margaritaville in Florida as a house solo musician. Then multiple restaurants/bars around the Gulf Coast of Florida and now throughout San Diego and Orange County. He enjoys all genres music from multiple generations. Some of the artists he enjoys playing are:

Get Directions to Tap That

Photos from the Tap Room